Originally published in The Union

A reality for many businesses, the onset of the COVID-19 pandemic brought a wave of change — and in the case of Ike’s Quarter Cafe and local designer Eileen Kennedy, a new beginning has followed.

In March, Ike’s Quarter Cafe owner Ike Frazee began working in the meat department at SPD Market as this provided a more stable income than operating the restaurant at that time, although he continued to-go meal pickups at Ike’s a about once per week during the following months. Frazee continues to work part time at SPD.

After months of a modified schedule and subsequent closure for renovation, Ike’s — at 401 Commercial St., Nevada City — has reopened with a new interior, changed service format, and updated menu.

“It was difficult to make this change, keep to-go (service) going, and keep working,” said Frazee. However, recalling the restaurant’s reopening day, he said the changes have worked well.

A focal point of the change to the interior at Ike’s was the installation of a new counter and to-go bar, designed for the restaurant’s transition away from table service. Patrons will now place their orders at the counter. According to Frazee, this shift was made with the intent of reducing contact in light of COVID-19 precautions.

The menu has been condensed, a move Frazee hopes facilitates more streamlined service, addressing prior concerns about wait times. “It’s always been a huge menu, so we scaled it back a bit, which still leaves a lot of options,” he said. “It should flow a lot better, that’s our hope, to be able to serve more people in a more timely manner.”

The menu is less breakfast-oriented than before, although it has “kept the favorites,” according to Frazee, as he hopes an emphasis on dinner service will encourage use of the restaurant’s patio space for outdoor dining.

“It feels like we just opened a new place, and that’s kind of a hard thing after running a restaurant for 20 years, to reopen a new restaurant in the same place,” said Frazee. “I’m excited to be able to keep feeding the community in a new and different way.”

When Adrienne Frazee, general manager at Ike’s and Ike Frazee’s wife, reached out to local designer Eileen Kennedy to commission new interior fixtures for Ike’s, the resulting collaboration sparked a shift in business for both parties.

Kennedy, the Nevada City-based director of denim brand Butterfly Artifact, had a furniture and interiors business until she had to close it in 2008 amid financial instability. She has decided to return to this craft, taking inspiration from the changing needs of businesses as the pandemic continues.

“When COVID-19 came, I saw the opportunity to start taking on more furniture and interior projects again to help people update their businesses,” she said. “It’s a tale of two businesses adapting to our new reality.”

Kennedy incorporated this idea of renewal as she designed and crafted the new cabinets, counter, to-go bar, and menu boards for Ike’s. The cabinets, for example, are primarily made from a salvaged redwood fence from Grass Valley, something she described as a symbol of constructing something new out of what is on hand.

“They’ve had a lot of good ideas, and we’ve been able to collaborate on a design that reflects who they are, bringing qualities of a classic New Orleans cafe into their Nevada City restaurant,” said Kennedy.

Kennedy is in the process of opening an interior design studio and furniture showroom to be located at 117 Argall Way in Nevada City.

Victoria Penate is a staff writer for The Union. She can be reached at vpenate@theunion.com. 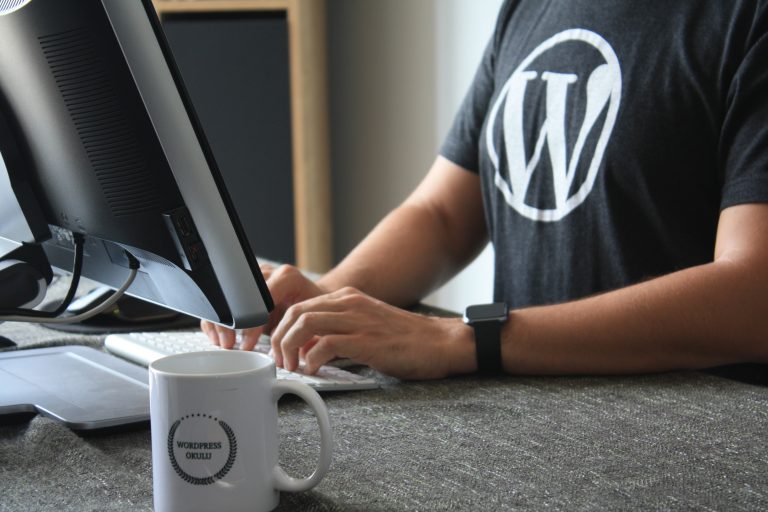 Here at the Tech Connection we have a great community that helps put on meetups and other events, from Writer’s Resources to AR/VR Meetups. Ethan Hunter helps host both AR/VR and our Web Development meetups and was gracious enough to make a nifty video showcasing a tip for folks working and updating their website. Wordpress… 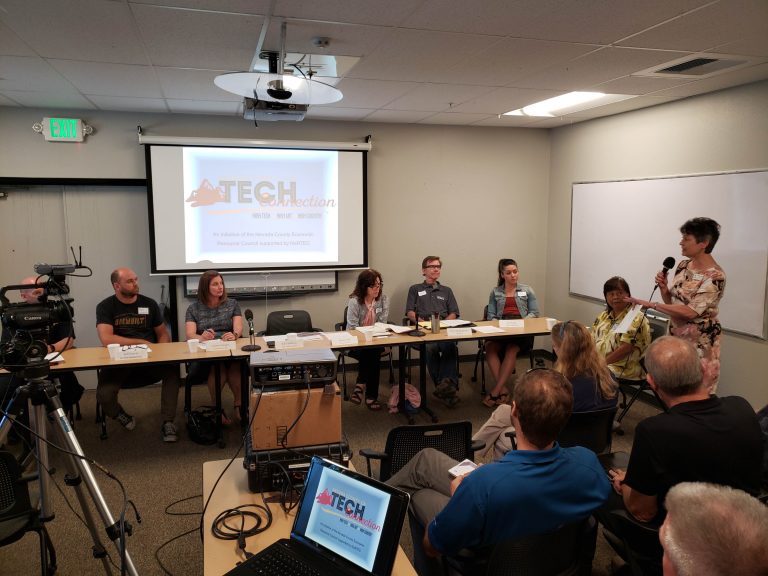 Finding employees in a small, rural county is a challenge for many local organizations. The Talent Development Task Force of the Nevada County Tech Connection is working to solve that challenge. They hosted a free workshop on June 27 so that employers could learn from a panel of local businesses who have found success in… 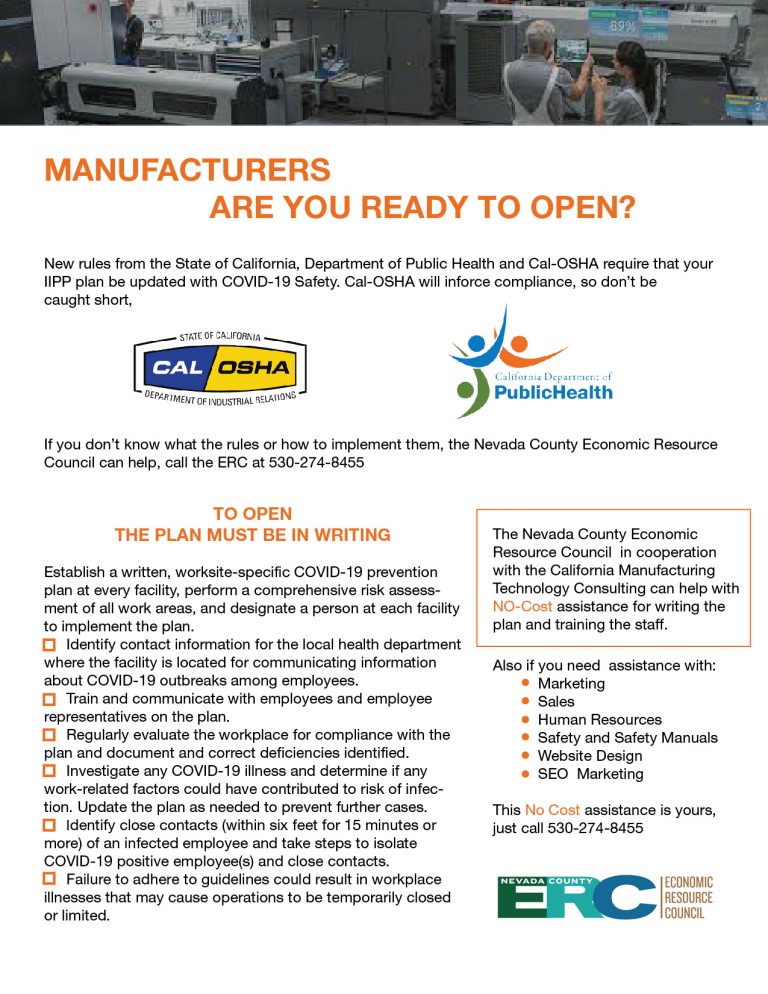 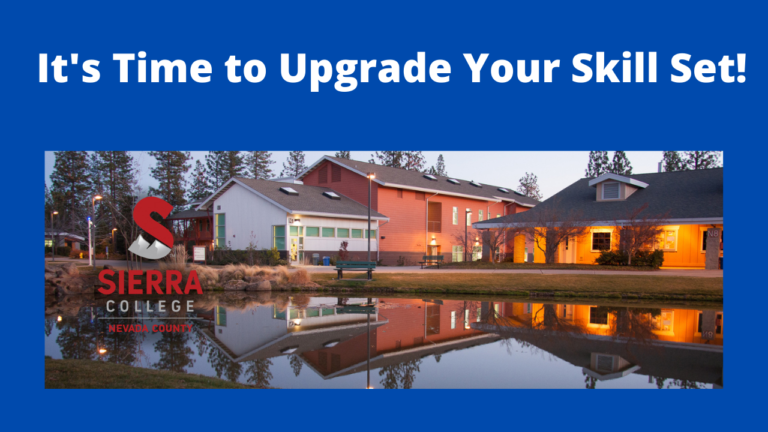 The Tech Connection sat down 2020 style with Jessica Burgess of Sierra College Nevada County Campus to discuss a little about Sierra College, how to apply and enroll, what to expect from remote learning and their upcoming virtual event Preview Day. For anyone looking to expand their current skill set and adapt to our increasingly…

In just 6 days, approximately 1,300 gallons of hand sanitizer and 314,000 surgical masks were given to more than 1,000 small businesses from Truckee to Penn Valley. The Nevada County spirit was on full display as volunteers from civic organizations, athletic clubs, service groups, chambers of commerce, special districts and local agencies banded together to…